Rancho de Amor is a modern Western romance that brings city sensibilities and country values together in a tale rich with wit, irony, and self-discovery.

How did Rancho de Amor happen? Where did the idea come from?

I could say it started when I moved from the middle of Los Angeles up to an extremely isolated cattle ranch, there to work for a summer—a rural experience reinforced when, a year later, I moved up to rural Oregon and worked in a lumber mill for six months. These experiences exposed me to genuine rural lifestyles and concerns, different from the very urban experiences I’d lived in Los Angeles, then San Francisco, and eventually for years in Paris. Because I write plays, the sine qua non of which is contrast and conflict, I’ve been intrigued with those contrasting, sometimes conflicting ways of living and how various characters might interact were they to come from such differing environments.

That’s the general background of “how and where.” The specific was that my wife and I sold a spec script to a Hollywood producer and were told to come up with new scripts. We didn’t have the time or inclination to write full scripts, but we did come up with a couple film treatments. One was structured using two very different characters, one from an urban environment—a NY city book editor, and the other from a rural setting, a young foreman of a large and isolated cattle ranch. How could I ever get these two characters together? Simple: in a wacky romance. 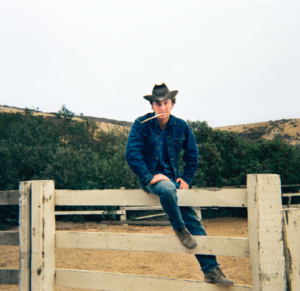 What were the most challenging aspects of writing Rancho de Amor?

One was having enough time to be able to write and rewrite and rewrite something as long as a novel. A writer has to remember pretty much everything that he or she has written so that a rewrite on page 137 doesn’t end up contradicting what was written on page 37. Then there was the challenge of making a fiction as real and vital as possible. And finally, there was the challenge of finding how to ramp up a courtship slowly enough to hurt but sure enough to burn.

Did you read other romances before writing Rancho? Which ones?

I love Jane Austen both to read and to teach.  I find her books, as many people do, incredibly romantic. Pride and Prejudice is my favorite.

Lastly, what books are on your bedside table?

My Name is Asher Lev, The Secrets of Mental Math, The Best of Poetry in Motion, Dr. Faustus, Persuasion, Classics for Pleasure, The Three Body Problem, Knowledge: a Short Introduction, The Duchess of Malfi, Unsound Unread, Fungipedia, The White Boy Shuffle, Mushroom Hunters, The Great Gatsby, The Pale King, Paternal Tyranny, The Calculus of Friendship, Paul Robeson – Here I Stand,  and an uncorrected proof of Rancho de Amor! 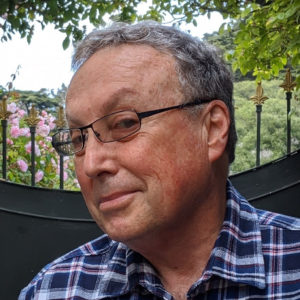 And don’t forget to poke around the rest of our blog for more interviews with our authors!